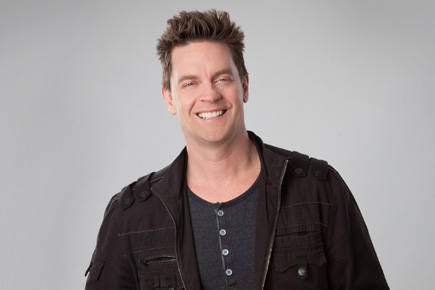 With over 20 years of stand-up comedy experience, Jim Breuer remains one of today's top entertainers.  He continues to win over audiences with his off-the-wall humor and lovable personality.  Named on of Comedy Central's "100 Greatest Stand-Ups of All Time," Breuer is one of the most recognizable comedians in the business, known for his charismatic stage antics, dead-on impressions, and family-friendly stand-up.

Breuer, who found success on Saturday Night Live, also hit the big screen, starring alongside Dave Chappelle in the cult favorite film "Half Baked."  He has since appeared in the popular films "Zookeeper," "Titan A.E.," and "Beer League."

Tickets are $35 and $40 plus tax and an online/phone ticketing fee (this ticketing fee is waived when tickets are purchased in the Gift Shop).  Tickets in the ADA section are for patrons with mobility disabilities and up to three companions.  If companion seating is not available because the ADA section is sold out, GFCR will offer other seats as close as possible to the accessible seat, if available, at the purchasing price of the other section.  Hotel packages are available by calling 877-511-4FUN.  Packages include a one night stay in a deluxe king or double queen room, two tickets to the show and two dinners at Robert's Buffet.  There are a limited number of hotel packages available.
Doors open at 7 P.M. for the 8 P.M. show.
Must be 21 years of age or older to attend.